Here we have a letter from Lavinia, on her usual stiff folded writing paper. Mary must have made plans to come home for a visit. 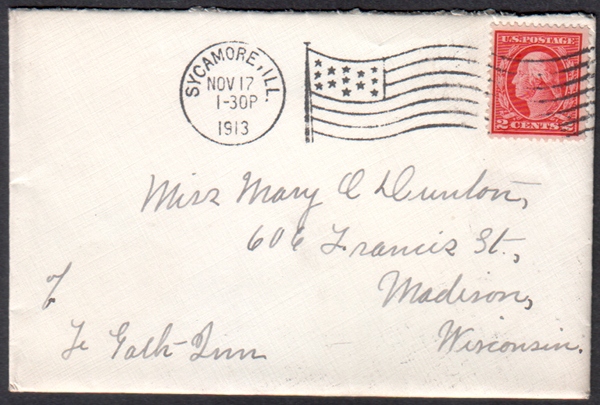 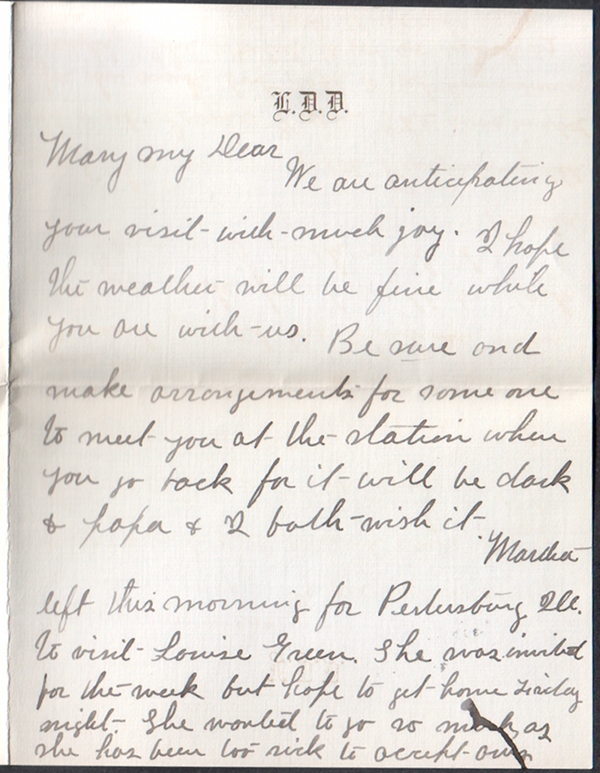 We are anticipating your visit with much joy. I hope the weather will be fine while you are with us.

Be sure and make arrangements for someone to meet you at the station when you go back for it will be dark + papa + I both wish it.

Martha left this morning for Petersburg Ill. to visit Louise Green. She was invited for the week but hope to get home Friday night. She wanted to go so much as she has been too sick to accept any invitations for so long.

Well, neither name is terribly clear, but I sniffed around on ancestry.com for a match for this Louise, and found a Louise Greene in Petersburg, Ill., 22 years old on the 1910 census. Petersburg isn't all that near Sycamore, and the next census has her as married to a physician named Epling, and from there we come to an online Alumnae Register of Rockford College: http://heirloomsreunited.blogspot.com/2010/12/19111912-alumnae-register-of-rockford_8443.html With the same Louise, listed with her husband's name, in the class of 1910. Rockford is near Sycamore, so that's where Martha must know her from.

Well, that was satisfying... 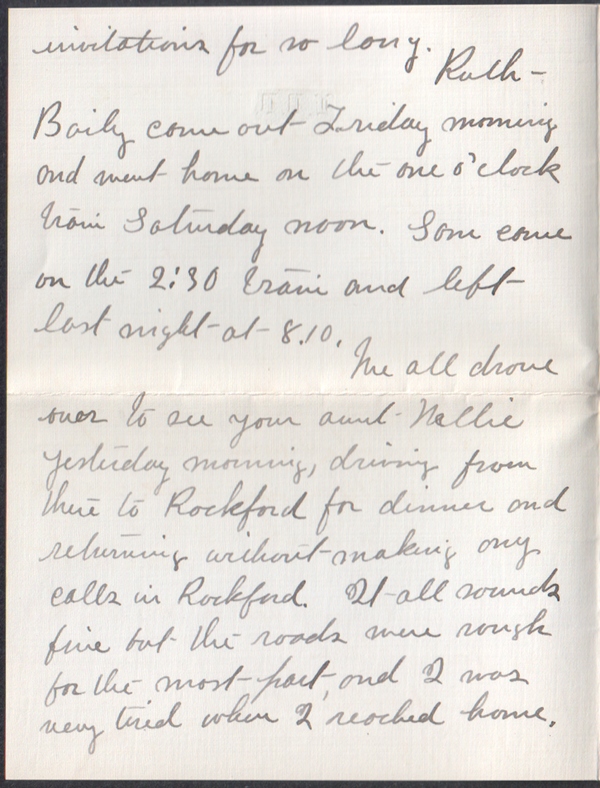 Ruth Baily came out Friday morning and went home on the one o'clock train Saturday noon. Sam came on the 2:30 train and left last night at 8.10

We all drove over to see your aunt Nellie yesterday morning, driving from there to Rockford for dinner and returning without making any calls in Rockford. It all sounds fine but the roads were rough for the most part, and I was very tired when I reached home.

I can't place Ruth Baily yet; but I did search out who Aunt Nellie is. George Dunton has two older sisters; Mary E. Dunton (b. 1848) who last shows up on an 1880 census, and Susan N. Dunton (b. 1852) who shifts to going by Nellie Dunton on later census records. In 1910, she's living with a maid (Annie Mc Coughy) in Belvidere Ward 4, and in 1920, with Lula Mcneil (another maid) and Lula's son Everett, in the same town. 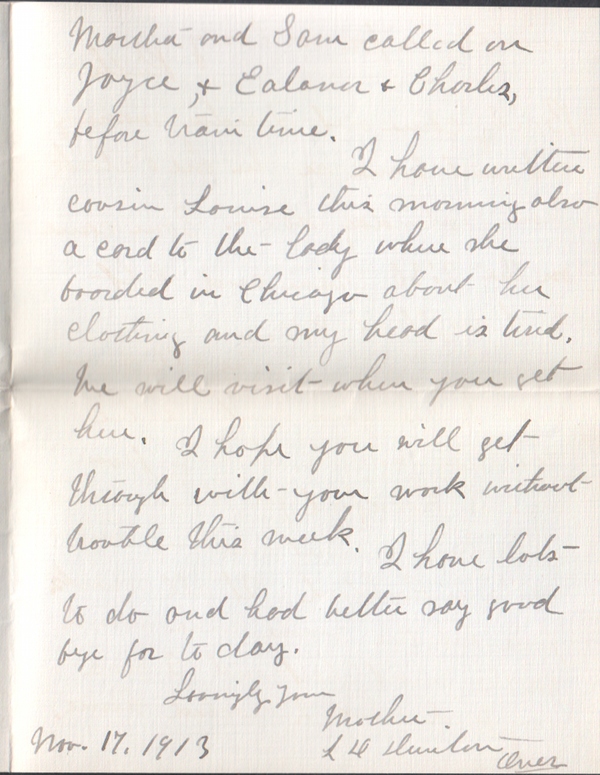 I have written cousin Louise this morning also a card to the lady where she boarded in Chicago about her clothing and my head is tired. We will visit when you get here.

I hope you will get through with your work without trouble this week.

I have lots to do and had better say good bye for today.

Last time we heard about "cousin Louise" she was visiting Lizzie Denton Howard and Mary Denton Renwick. I still can't place her, but I think it's fairly likely that she's first cousin to Lizzie/Mary Renwick/Lavinia, since I've found names at least for all of their offspring, but I don't have a full count of the siblings at the previous generation. 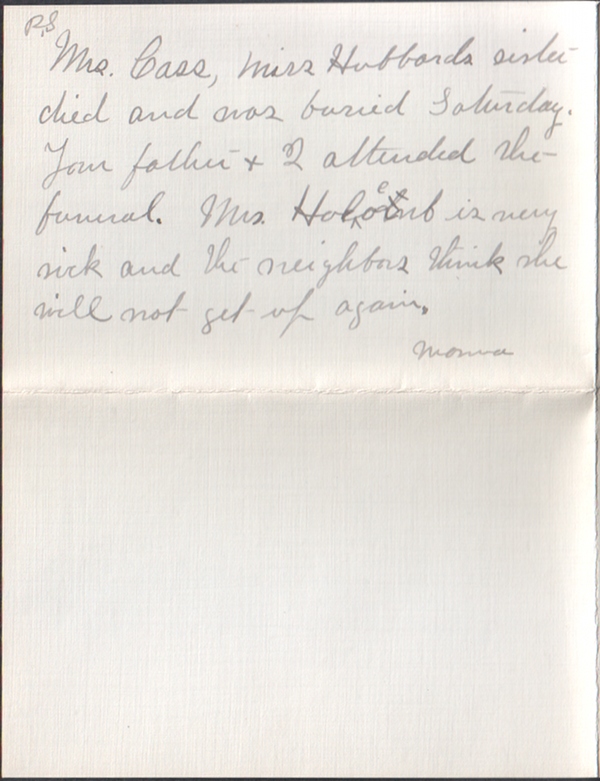 P.S.
Mrs Cass, Miss Hubbard's sister died and was buried Saturday. Your father + I attended the funeral. Mrs. Holcomb is very sick and the neighbors think she will not get up again.
Mama

Here's another place where the census records come through for us. The 1910 census gives us two adjacent households in Sycamore Ward 1, with:

So I think it's a fair bet that these ladies are the Hubbard sisters.

Next letter is from George, and has another identifyable minor character, and more mortality among the Hubbard sisters.