Here we have a letter from George Dunton, written on a Sunday, a week after the last letter. It's written on half-height sheets. 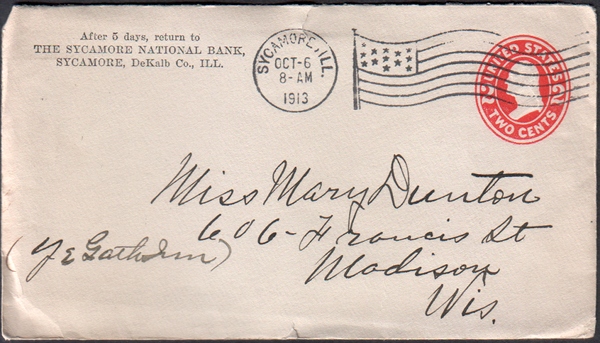 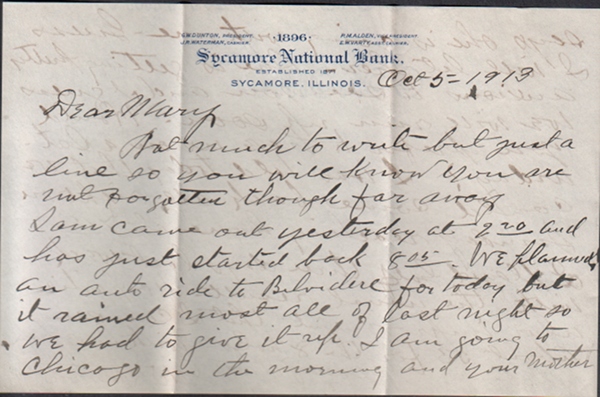 Dear Mary,
Not much to write but just a line so you will know you are not forgotten though far away.

Sam came out yesterday at 220 and has just started back 805. We planned an auto ride to Belvidere for today but it rained most all of last night so we had to give it up. I am going to Chicago in the morning and your mother says she is going with me.

Sam is a recurring character, but I don't have any context for him. 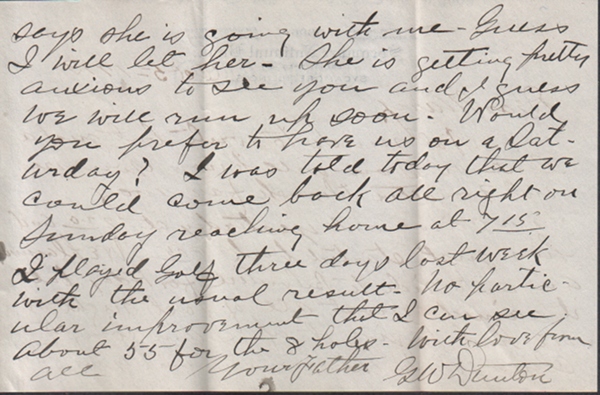 Guess I will let her. She is getting pretty anxious to see you and I guess we will run up soon. Would you prefer to have us on a Saturday? I was told today that we could come back all right on Sunday reaching home at 715?

I played golf three days last week with the usual result. No particular improvement that I can see. About 5-5 for the 8 holes. With love from all.
Your Father, G W Dunton

They sure get around pretty casually. It's 60 miles to Chicago from Sycamore, and 100 miles to Madison. George has clearly memorized the train schedule, but I suppose he did say up front that there was not much to write about. 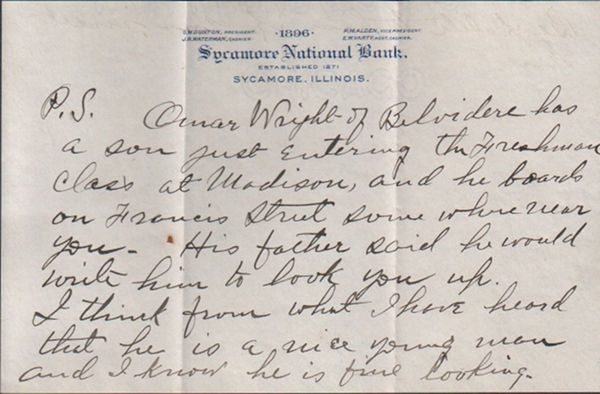 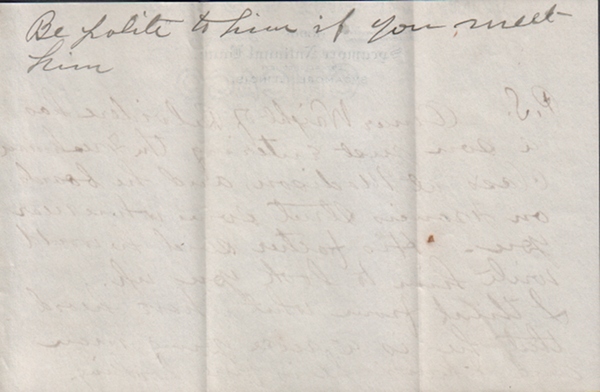 P.S. Omar Wright of Belvidere has a son just entering the freshman class at Madison, and he boards on Francis Street somewhere near you. His father said he would write him to look you up. I think from what I have heard that he is a quite nice young man and I know he is fine looking. Be polite to him if you meet him.

I wonder if Mary has a history of being rude to fine looking young men?

The next letter is from Lavinia, and the one after that is from George again, and suggests that things are going well between Mary and the younger Wright.